The perfect buggy river nymph. With its straggle string thorax Sandy Dickson has managed to take the Sawyer Pheasant tail one step further to a more 'buggy' nymph than the original. Straggle String thorax's give the appearance of legs and its colours act as an extra attractant. The Fluoro Green is tied with Straggle String SF-7300 matching the colour of the Rhyacophilla in its thorax.

Sandy designed these flies when he started looking at Semperfli Straggle String. With it's ultra fine body it wrapped around the hook and provided the perfect base for Sandy's version of the original Sawyer Orange Spot Pheasant Tail. Sandy said pheasant tails were one of his preferred river nymphs but he had always wanted to improve on them and make them both more 'buggy', giving the appearance of legs and using colours to attract and stimulate bites.

These nymphs are fished as any other nymph, use in a team or one to 3 flies.

One of the great ways of checking quality is to see reviews by other customers about Sandys Straggle Pheasant Tail Fl Green and other fly fishing products. To date we have 0 customer plus reviews and comments can be made by Facebook. Please leave your feedback and reviews to help other fly fishermen.

Be the first to Write a Review for this item! 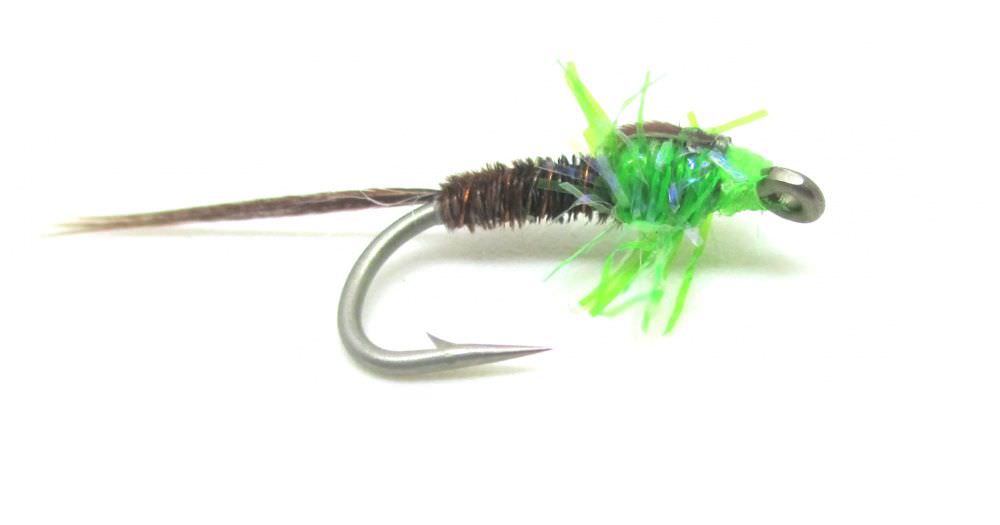 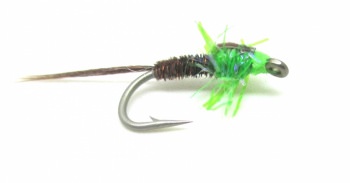